Chinese and Western media have reported that former Supreme People’s Court IPR Tribunal Chief Judge Kong Xiangjun and former Deputy Chief Judge of the SPC’s first Circuit Court has been dismissed from his work at the SPC.  Shanghai Jiaotong University, Koguan Law School also announced on September 7 that he would be joining their faculty.

Kong served nine months on the circuit court, when he was dismissed from that position by the NPC in 2015.   He was dismissed from his SPC positions as both a trial judge and a member of the adjudication committee on September 3, 2016 by at the 23rd meeting of the Standing Committee of the 12th NPC.  There had previously been rumors that Kong was going to leave the court when he served on the SPC’s circuit court, which he denied.

Kong pursued his Ph.D. under Jiang Ping 江平 at the Chinese University of Political Science and Law.  He also served as Deputy Chief Judge under the Administrative Tribunal of the SPC, deputy chief judge of the civil tribunal, and as Deputy Party Secretary in Sichuan in 2014.  Among his many honors, Managing IP nominated him to the 50 Most Influential People in IP in 2010 and 2011.

Owing to his work in the fair trade division of SAIC prior to entering the court, Kong also had an interest in unfair competition and antitrust matters, and was an example of the many of officials in China who worked on unfair competition and IP issues at different stages of their career.  Kong has also authored several books including on contract law, antiunfair competition law, trade secret law, the TRIPS Agreement, and trademark law.

Amidst the escalating focus on online counterfeiting, piracy and patent infringement, online social media, such as WeChat are also becoming a source of infringing products, as documented in a Wall Street Journal article and other journals.

James Luo (罗正红), a prominent IP lawyer in China, has been following these developments in his blog, where he recently reported on a Supreme People’s Court promoting of  ten model cases that promote “core socialist values” (最高人民法院关于弘扬社会主义核心价值观典型案例). One model case involved a couple that sold counterfeit goods through WeChat Moments, which was held to  constitute the crime of selling commodities bearing counterfeit registered trademarks （微信朋友圈销售假冒注册商标的商品案）。

The reason for the insertion of the case according to the court, was to promote “honesty in business.” As the court noted:

“The case was a typical case of selling via microchannel marketing circle of friends, goods bearing counterfeit trademarks. …Compared with the traditional IPR criminal cases, the perpetrators of such crimes use relatively covert means, but the scope of their promotion and sale of counterfeit goods is broad with an adverse social impact.  …Currently, the “Consumer Protection Law” and the “Rules for Network Transaction Management” do not have specific provisions addressing microchannel shopping, and microchannel marketers do not have to register their business with the State Administration for Industry and Commerce.  The relevant laws and regulations need further improvement in this area. “

As the accused had intentionally sold a relatively large amount of counterfeit goods, the defendants were found guilty of the crime of selling commodities bearing counterfeit registered trademarks by the Shaoguan Zhengjiang District People’s Court of Guangdong Province.  Sentences were imposed of  6 – 7 months and a fine of RMB 15,000.

In my opinion, this case appears to be headed in the right direction in terms of addressing the use of social media to commit IP crimes.  The court suggests that the case was important to fill in the gaps in the current legislative regime based on technological changes – the way in which criminals do business online.  This is a typical evolution for IP-related case law in the United States, where courts have a record of using existing statutory provisions to address emerging technologies or ways of doing business.

Why this case was categorized as promoting core socialist values?  Perhaps it promotes socialist core values because it addresses problems in the market of unscrupulous unlicensed individuals who transact business without basic principles of good faith and fair dealing and is thus intended to send a policy signal to other courts and the legislative agencies.

How do these cases compare to other types of cases that the court is promoting?  In my opinion, China is paying more attention to cases to guide judicial decisions and create a more predictable legal environment, with 20,000,000 court cases available on line and new regulations on publishing cases in effect.  China is seeking  to develop a Chinese style system of precedent, and has elicited  much government and academic involvement, including scholarship in journals.  These cases need to be compared to the efforts to become more transparent, promote “model cases”, the system of guiding cases,  judicial interpretations, etc., which are all part of an evolving system intended to insure greater consistency of judicial decision making and address emerging issues.

Addendum of 1/1/2017: Here is a useful blog by Jeremy Daum  from 31 August 2016 on the Beijing IP Court’s experiment in precedent, which lines up nicely with the perspective in my blog.

“The good news is China interested in IP, and the bad news is that China is interested in IP.” This proposition is proved by some of the recent reports on China’s IP environment  particularly the 2016 China Business Environment Member Survey by  the US-China Business Council, European Business in China Position Paper 2016/2017  prepared by the European Union Chamber of Commerce in China and the Global Innovation Index 2016, (GII) which was prepared by Cornell University, INSEAD and WIPO.

As for the goods news: for US China Business Council Members, intellectual property enforcement has slipped overall to the eight-ranked slot for USCBC members doing business in China. The top challenge is competition with Chinese companies in China.  IP enforcement has, in fact, slid from the number two slot (2014), the number four slot (2015) to number eight.  Still, IP concerns remain highly important for the tech sector, which lists IP in the number four slot, but also includes many “quasi-IP” issues in its top 10: innovation policies (number 2), government procurement ( 5 ), antitrust (7 ), standards (8) and cybersecurity (9).

The GII also singles out China’s improvements in IP.  For the first time this year, China became a “top 25” innovative economy in the GII. It is the first middle income country to do so.  China’s rise is attributable to a number of factors, several of them IP related: the country has a particularly high number of R&D-intensive firms among the top  global corporate R&D spenders.  China has had top scores in indicators such as patent applications by origin, utility model patents, high-tech exports, global R&D companies and  research talent in business enterprise (see chart, below).  While some of these indicators are of questionable value (such as numbers of utility model patents), the GII report recognizes many of the steps China has taken towards improving its innovation and IP environment.

There are several important issues that the EU Chamber suggests China needs to address: procedural reform in the courts and improvements in administrative enforcement; addressing the problems of counterfeiting for OEM production in China and what constitutes infringement domestically; improving trade secret protections when workers leave an employee;  insuring the availability of provisional measures addressing higher barriers to obtaining High and new Technology Entity Status through removal of a global exclusive licensing approval option; and greater coordination and clarification of standards in IP-related antitrust investigations (amongst others).

One area of bad news shared by both the Chamber and the GII:  The GII scored intellectual property payments according to a formula as a percentage of total trade.  China came out below its overall rank at 72nd place, while it ranked number 1 in high tech exports (p. 199).  While the GII did not draw any specific correlation between the two, this is further support to me that China is a “remarkably underlicensed economy.”

One reason for this disproportionality between licensing payments and high tech exports is the discriminatory provisions in China’s Technology Import/Export Regulations.  These regulations require that a foreigner indemnify a Chinese licensee against third party infringements and that the licensee own all improvements to the technology, while a Chinese domestic licensor can freely negotiate other terms.  As the EU Chamber notes, these regulations they “not only interfere with the needs of Chinese and foreign companies for effective technology trade mechanisms but also contradict the provisions of the Contract Law on technology transfer contract.”

These concerns are not only directed to foreigners extracting IP ‘rents’ from China.  The ability to negotiate contractual terms is critical to developing flexible international networks for innovation through negotiated sharing of risks and benefits.  The GII recognizes the increasing importance of such international collaboration to China and  that “the Chinese innovation system is now densely connected to sources of expertise everywhere.” (p. 93).  The report also notes that Chinese companies had “the 7th largest foreign footprint of all countries with 178 R&D centers set up or acquired outside China by year end 2015.” (p. 125).    These unbalanced provisions can also affect bilateral science and technology cooperation by requiring that a Chinese party owns any improvements to technology that is licensed to it, or is indemnified against infringements by reason of use of this technology.  A recent report by the Government Accountability Office regarding clean energy cooperation between the US and China noted that “The U.S. Patent and Trademark Office has identified a potential discrepancy between Chinese law and the bilateral U.S.-China Science and Technology Agreement upon which the IP Annex to the CERC Protocol is based, according to U.S. Patent and Trademark Office officials. These officials stated that the potential discrepancy is related to ownership of any improvements made to IP licensed between U.S. and Chinese entities….” ( p. 2).

It is time for China to create a more level playing field in technological collaboration for foreigners licensing to China by removing these discriminatory provisions that treat foreign and domestic licensors differently. 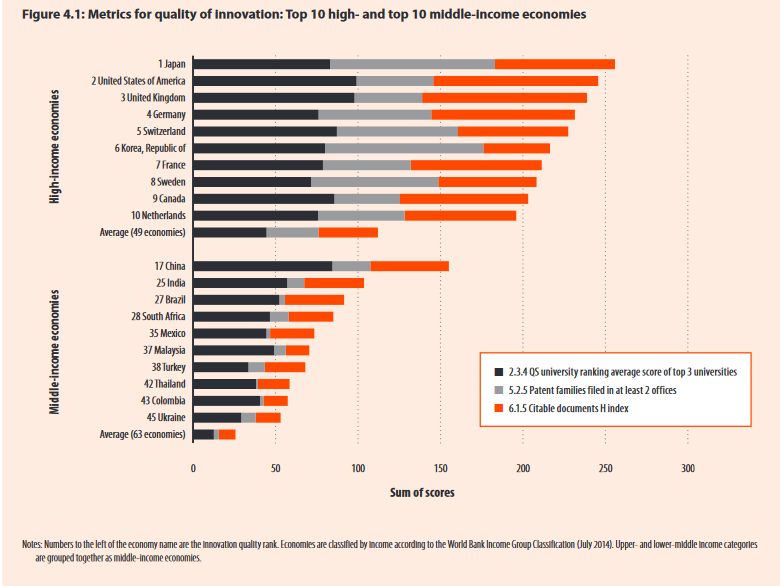