Software Piracy by the Government: A Tempest in the Tomato Garden?

The Chinese media, including China Radio International, broke the news on October 8 that the website of China’s State Intellectual Property Office (www.sipo.gov.cn) was hosting training materials which appeared to have been prepared with pirated software that was acquired through the notorious “Tomato Garden”  website.  Information on the presentation is available here  – under “author” are the Chinese words “番茄花园” (tomato garden).  The facts were uncovered by a microblogger, and picked up by mainstream publications such as Xinhua.  The “Tomato Garden” website was the subject of a well publicized and successful criminal case which resulted in jail time and fines for illegally distributing software online.

Since the October 8 disclosure, a SIPO spokesman has said that it is conducting investigations into claims that it used pirated software, while stressing that staff members in its offices all use properly licensed software.

Software legalization by the Chinese government has been a request by the US government for some 20 years.  Former Vice Premier Wu Yi committed in 1995 by an exchange of letters with the US Trade Representative to “ require that public entities in both countries .. not use unauthorized copies of computer software in their computer systems.”  Accordingly, my first reaction to this news was that China was once again providing examples of how extreme IP infringement had become — where a leading IP-related agency, which I personally respect, was found involved in piracy.  This was certainly not the first instances of this problem: the most notorious example of this occurred when the late Prof. Zheng Chengsi, one of the leading Chinese scholars on intellectual property, had his books pirated by the press of the Supreme Peoples Procuratorate.  I can also personally remember other similar incidents: such as talking to Chinese academics who pirated Western books on intellectual property law, because the books were too expensive for their students, or discussions with  journalists from China’s IP press where they complained that their articles are picked up by other media without attribution.  I have also blogged about Chinese copyright trolls that specialize in bringing cases against Chinese government websites for infringing their clients’ works.  Finally, I have been in innumerable IP conferences where there have been problems with displaying a powerpoint or .pdf file, and either a Chinese or foreign commentator had jokingly commented that the software must be pirated.

I believe however that piracy is no laughing matter, and that much has changed in terms of China’s commitment to IP.  Cases like these may either be a symbol of how bad the IP environment in China is, or perhaps they are a “tempest in a tomato garden”.   I believe that properly understood they may be teaching moments –  a reminder to China that we all need to be humble about our IP “accomplishments.”  There is no society that is 100% free of piracy.  What matters more are the effectiveness and durability of procedures to reduce piracy.  As such, SIPO and other agencies should look not only at what their agencies buy in software, but also whether their employees are encouraged to use legal software at home, and if they are prohibited from installing illegal software on government websites.

SIPO’s handling of this incident will also be telling.  The data of the Business Software Alliance suggests that employee-informants of software piracy generally disclose piratical activities out of moral concerns.   Will SIPO protect any informants that step forward?  Even more critically, transparency is hard work:  no one wants to embarrass themselves by publicly disclosing their errors.  The media and netizens fulfill a useful role in this area, since they may have no vested interest in this issue.  Independent third-party auditors can be especially important.  Third party inspector general audits in the US have uncovered irregularities in the US in the past.   Software asset management is one important tool in this regard.  The United States benefits from a robust private sector that is not afraid to take action against piracy, an independent media, independent courts, protections for whistle blowers, software asset management standards and independent inspector generals.  China needs comparable institutions or structures for its society if software piracy is to be seriously distributed in a sustainable manner, and this may be a good time to develop appropriate structures.

It is easy enough to put tools in place that propagandize an agencies’ accomplishments, but the mark of maturity is whether China has the tools in place that disclose its weaknesses and steps it is taking to remedy them. Such structures may not be easy for any society.  Structures that encourage candor can prevent true tempests from occurring. 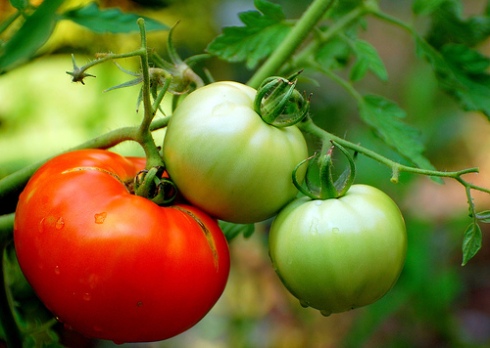 Photo by Manjith Kainickara under the creative commons license for attribution 2.0

The preceding are the author’s own private opinions, and may not represent the opinion of the US government or any client or former client.