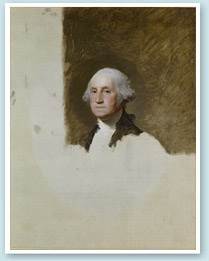 Today is President’s Day in the United States, named after George Washington and Abraham Lincoln and I pay a brief tribute to the role of these two presidents in bilateral IP issues.

Probably no president had more of an indirect stake in IP and traditional Chinese medicine in China that George Washington, our founding father. Washington was likely involved in the profitable ginseng trade, which was an important part of the first trade between the newly independent United States and China. In 1784, the Empress of China set sail from the United States to China, carrying 30 tons of the herb. About the same time George Washington (1732-1799) recorded it in his diary, “I met numbers of Persons & Pack horses going in with Ginseng: & for salt & other articles at the Market Below.”

The President’s portrait was also the subject of considerable copyright piracy. Gilbert Stuart sued one merchant, John Swords, who had one of his famous portraits of Washington, copied onto glass in Guangzhou (see: http://www.artnews.com/2009/10/01/the-many-faces-of-george-washington/). 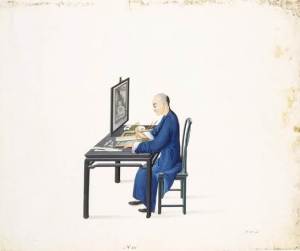 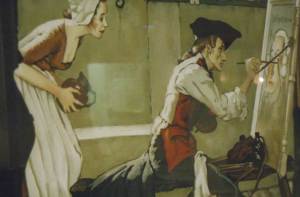 Abraham Lincoln, the sole US president to have been granted a patent, had little contact with China. However, contemporaneous rebellions consisting of the Civil War in the United States (1861-65) and the Taiping Rebellion in China (1850-1864) were remarkable for the limited role that patents would play in the rebel cause. The Confederate States of American quickly established a patent office upon their secession from the North. One of the important patent inventions at that office was for an iron-class naval vessel, an important technological breakthrough in naval warfare. At about the same time, in 1859, Hong Rengan tried to establish a patent system in China for the areas under control of the Taiping’s. Although US expatriates, including Union loyalists, played an active role in China during the Taiping Rebellion (see http://opinionator.blogs.nytimes.com/2012/05/04/a-little-trouble-in-big-china/ ) , there is no indication that US mercenaries or technology were the inspiration for this initial Chinese effort at developing a patent system. It might, instead, be surmised that both rebel causes, in the United States and China, saw an IP system as affording them a potential technological edge in their efforts to achieve victory.