Private investigation firms are important for many aspects of commercial life in China, particularly given the weaknesses in China’s evidence gathering system and the high thresholds that exist for criminal investigations. PI firms conduct every thing from due diligence for investment projects, background checks on business partners and investigations on trademark squatters, counterfeiters and patent infringers.

Peter Humphrey and his wife Yu Jingeng, private investigators hired by GSK, were recently sentenced by a Shanghai court during a one day trial, which followed 13 months detention. According to a Reuters report, the sentences were for two and a half and two years, respectively, plus fines. Humphrey is being deported. Prosecutors charged that the couple had illegally obtained and sold more than 250 items of private information, including household registration data, real estate documents and phone records. Yu is quoted by Reuters as noting that “In other countries, we were able to conduct similar checks, including personal information and private transactions, legally through courts.”

Private investigation firms are a critical component of an IP enforcement campaign in China. Thankfully, according to noted anti-counterfeiting lawyer Joe Simone, the conviction was not for “illegal business operations”, which can carry a harsh sentence.  Ironically, illegal business operations is routinely employed in IP cases for illegal publications in lieu of the lesser offense of copyright infringement (Criminal Code Art. 225).   Joe notes that there was a 1993 Ministry of Public Security rule on the illegality of private investigation firms.   However, as this was an administrative rule it is of limited binding effect. Nonetheless the Humphrey case has led many private investigation firms to question whether their operations are legal.

The status of PI firms has been of concern to many companies and governments for some time. As I recall, private investigators have also been used for a variety of domestic purposes, including, predictably, marital disputes. Evidentiary burdens in Chinese litigation, including difficulties of compelling the production of evidence by an adverse party, can make PI firms a key component of an IP enforcement team

Here was the question that the US government asked China about PI firms two years after it joined the WTO, back in 2003:

79. We understand that China currently restricts the operation of foreign private investigation firms in IPR matters. At the same time, police and administrative authorities are frequently limited in their ability to gather evidence in criminal and administrative prosecutions, making private investigative firms even more important. Current thresholds for criminalization of counterfeiting and piracy, if applied to case initiation, create a high barrier for police or administrative agencies to refer cases to criminal prosecution, making the necessity of private gathering of information even more critical. Please advise what rules apply to the operations of such firms, as well as any plans to permit these firms to more actively assist China’s administrative, criminal and civil enforcement authorities (IP/C/W/414, 12 November 2003).

China responded to that question a year later by noting:

60. With regard to the issue of private investigating firms, [the Chinese side] said that the Ministry of Public Security of China was taking active steps to consider it. However, there was still no new regulation being issued. (IP/C/34, 9 December 2004

Prof. Don Clarke of GW law school has collected the weibo transcripts for those who want to follow this issue further. 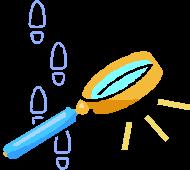