As summer comes to an end with the Labor Weekend in the US, we round out our IP Tourism list with the rest of our recommendations:

Customs Accomplishment: Speaking of ports, way down in Southern China, anchored off the port of Macau, is a submarine that was used for towing counterfeit optical discs between Hong Kong and Macau.  Nowadays, this is accomplished with much less fuss via digitization over the Internet.  Still the submarine is a testament to human ingenuity in avoiding the tentacles of the law, even if its cargo may one day be viewed with as much curiosity as an audiocassette tape or 8 track player. 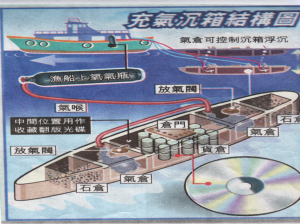 This slide is courtesy of IFPI.

Shanzhai Culture: Southern China is frequently viewed as the epicenter of “shanzhai” (mountain stronghold/knock-off) culture.  An on-line visit to the website shanzhaiji.com (loosely translated: knock-off telephone.com) might provide some useful background reading.     However, it is also the center of China’s market-oriented high tech industries.  Those looking at the future of China’s high tech industry can visit Huawei.   However, unless you have a Double “E” degree, much of the R&D department’s explanations may go over your head.  For a more mundane view, go to the Dafen district of Shenzhen, where local painters create new paintings or imitations of old paintings.  Perhaps they will do a picture of you shaking hands with Vladimir Putin, Barack Obama or Wen Jiabao, as I did of my good friend, and Guangdong IP Officer, Conrad Wong a few years ago, when there were other leaders in place.

China’s Rich Genetic Resources and Local Traditions: Finally, we head west.  Southwestern China has numerous candidates for the top 10 tourist destinations.  For example, China’s rich biodiverse environment has contributed to many traditional and Western medicines.  The close geographic association of many places in China with particular agricultural products or crafts, is also a rich source of protection for geographical indications. 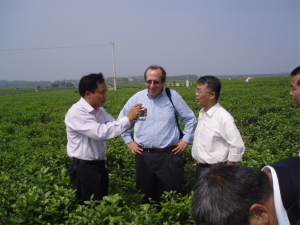 Here I am at a Jasmine flower farm in Guangxi.

Further west, in one section of Yunnan is the region where star anise used in production of Tamiflu is sourced.   Yunnan also is a great source of new plant varieties. 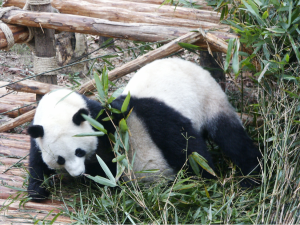 Another great site, and my SW candidate for the top 10, is Dujiangyan 都江堰.  Dujiangyan is an irrigation complex, built around 256 B.C., that is one of the great engineering achievements of ancient China.   On your way to Dujiangyan, you can stop off in Chongqing, where Joseph Needham began his monumental work “Science and Civilization in China” when he was an officer at the British mission to China.  Needham’s work helped to immeasurably increase Western and Chinese knowledge of China’s traditional scientific accomplishments.

Chinese Traditional Knowledge:  China has a wealth of traditional knowledge and crafts, which are worthy of protection.  Tourists are frequently taken on a visit to Peking Opera, or to see traditional Chinese medicine.  One of my favorite places is Jingdezhen, a center of Chinese porcelain, where the word “Kaolin” clase  (Gaolin in pinyin, or high forest) comes from.  The town also has its own IP court which handles a significant share of the IP docket for Jiangxi province.   On the way to Jingdezhen, be sure to drive past the town of Jiujiang, which has a nice shanzhai government building in the shape of the US Capitol.

Since we quickly toured the country, you might ask what comes next? I have two bonus recommendations in the United States itself.  Tourists may also want to travel up to the old part of Chinatown, New York, where they can think about the two late Qing dynasty emigres who filed patents in the United States, one of whom appears to have spent most of his working career in Chinese restaurants, as previously blogged about here.

My top candidate however: the USPTO itself, which has the largest Asian-American workforce (26%) of any US government agency and has a long history of working with SIPO. It is easy for Chinese-speaking tourists or Chinese officials to find someone there who not only speaks Chinese, but also speaks their dialect.   Let’s hope that  Chinese officials visiting the USPTO for the next Joint Commission on Commerce and Trade Working Group meeting in September also have a productive visit as we work through issues of common interest. 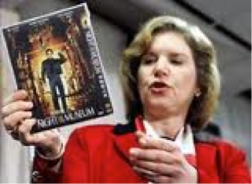 As technology becomes more globalized, perhaps there will be a time when SIPO has examiners who were originally born or raised in the United States.  Patents and innovation should be incentives for additional cooperation in the years ahead.   We can only hope that as USPTO and other offices expand their cooperation with China, the world will become “flatter” for innovators and IP rights holders everywhere.

As the tour is about to end, I remind the group of the souvenir that China IP issues are everywhere is evidenced by something that we nearly all carry everyday in our wallet: the one dollar bill with a portrait of George Washington on it.   Copying George Washington’s face onto glass was in vogue two hundred years ago.

Glass Painter, c. 1790, in Guangzhou, China, Victoria and Albert Museum, see below (see also: for another painting of George Washington made onto glass)

This same portrait was the subject of an early copyright case between Gilbert Stuart and John Sword, a Philadelphia merchant who had 99 copies made onto glass in China, in the port of Canton where reverse glass paintings made for sale in Europe and North America were common in the 18th and 19th centuries.   He was sued by Stuart in the early 1800’s.   Here’s an excerpt from what appears to be a Norman Rockwell print of a revolutionary era painter copying a portrait of Washington, which hangs in the Nittany Lion Inn in State College, Pennsylvania

The issues have gotten more complex, but in some respects that have not changed that much since that time.   And we have the dollar bill with a picture of our founding father to remind us of that.