Tudou Encounters a “Hot Potato” In Distributing A “Bite of China” 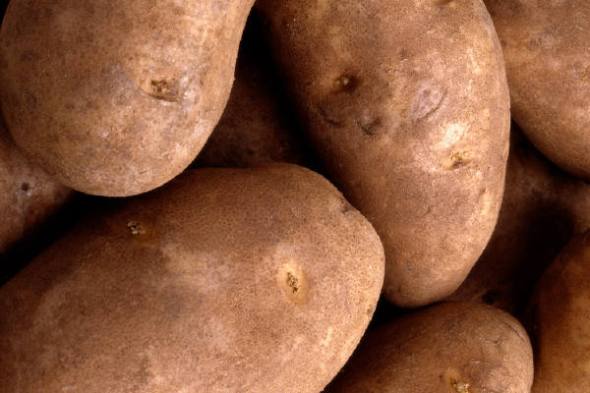 From April this year, the Supreme Court launched started releasing “model cases” (典型案例) in order to assist the courts and public to better interpret the law.

On June 23, 2014 the Supreme People’s Court released five “model cases” decided by the lower courts, which for the first time included an IP-related case, CCTV International [央视国际网络有限公司] vs. Shanghai TuDou Network Technology Co., Ltd. [上海全土豆文化传播有限公司]. These model cases, as I have previously blogged are an effort to instruct the lower courts and the public on how IP cases are adjudicated, and are an effort to establish a kind of “case law with Chinese characteristics.”  The case has been briefly discussed by Jerry Fang at the Supreme People’s Court Observer website.

“A Bite of China” is a food documentary.  It was filmed by CCTV. It was first broadcast in May 2012. One week after broadcast Tudou.com offered a link to watch the video on-line. CCTV thereafter sued Tudou for damages and reasonable costs.

The Shanghai Minhang District People’s Court determined that the action of the defendant constituted infringement of the right of communication through information networks (the “making available right” in other jurisdictions).   In particular, the court relied on Article 3 of the 2012  Judicial Interpretation on on-line infringement [The Provisions of the Supreme People’s Court on Several Issues concerning the Application of Law in Hearing Civil Dispute Cases Involving Infringement of the Right of Dissemination on Information Networks]. In this case, the defendant provided the online on-demand service of the infringed work to the public and allowed users to watch the asserted work in their personal selected time.

Tudou (which means potato in Chinese) argued that it only provided space storage services and that the asserted work were uploaded by the network users.  However, it was not able to provide evidence to illustrate who was the actual person to upload the videos, so the court did not find this argument to be credible. In regard to the economic loss claimed by the plaintiff, since the plaintiff couldn’t submit the evidence about benefits from the infringement of the actual loss suffered by the defendant, the court considered the popularity of the asserted work, that the defendant directly provided the asserted work to view online, that the subjective fault of the defendant was large, and the infringement was occurred during the “hot” [热播] broadcast period for the TV show. The court also looked to Tudou’s business size, business model, and the nature of the its website to demonstrate the effect of the infringement.

According to the judgment of the first instance CCTV International filed a lawsuit after it obtained notarized evidence of the infringement. Thereafter, Tudou deleted the asserted video on its website. It appears that CCTV International did not give an opportunity to give Tudou time to take down the video before filing the lawsuit.  The court instead relied upon the fact that Tudou, a sophisticated company, uploaded the content itself, and that the content was “hot”. Under Article 10 of the 2012 Judicial Interpretation on on-line liability, where there is such “hot” content, knowledge of infringement can be imputed:

Article 10    Where a web service provider, when providing web services, by establishing charts, catalogues, indexes, descriptive paragraphs or brief introductions or other ways, recommends hot movie and television programs which can be downloaded or browsed or are otherwise accessible by the public on its webpage, the people’s court may decide that it should have know that its web users are infringing upon the right of dissemination through information networks.

This case appears to be directed to the application of what constitutes “hot” content according to the 2012 Judicial interpretation, as well as related issues involving application of the JI.  It may also be timed to coincide with the current comment period for the recently released draft of the State Council Legislative Affairs Office of the proposed revisions of the Copyright Law.  Article 73 of that draft outlines addresses “actual” or “constructive” knowledge of infringement which can result in liability for an ISP, without specific reference to any “hot” content.

After some searching, it appears that this case is not yet available on line in its second instance decision.   This blog has therefore relied on the press release and first instance decision.  If a reader has a copy, please post it or email me at chinaipr@yahoo.com.

These cases show that China is laudably utilizing its extensive IP case adjudication experience to guide the judiciary and is therefore evolving its own approach towards case law.  However, if the cases are to have an  even greater impact, it is also important for the case to be published or made readily available at least by the time it is listed as a model case.