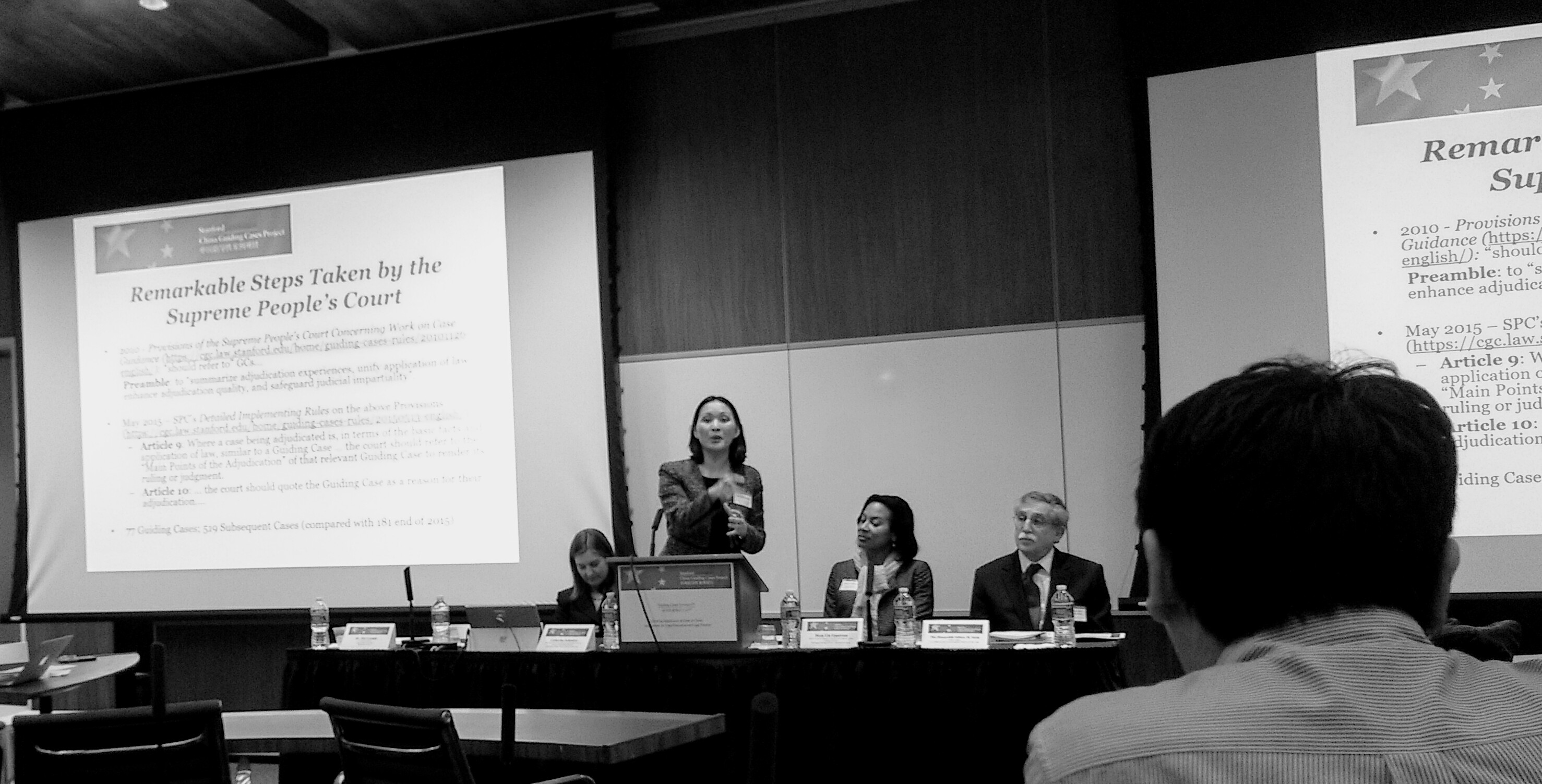 Recently, there have been two important developments involving IP-related guiding cases and precedent that shed light on these different approaches of the Supreme People’s Court, which is in charge of guiding cases, and the Beijing IP Court, which is looking at the role of precedent in China’s court system.  But first some background:

One of the most important continuing efforts on guiding cases is the Stanford Guiding Cases Project (SGCP), which is under the able, enthusiastic and collaborative leadership of Dr. Mei Gechlik.  The SGCP recently hosted a lively seminar at American University to discuss the latest developments, with a keynote by Judge Sidney Stein of the Southern District of New York (picture above).  In addition to the Stanford project, Susan Finder has written about guiding cases in her excellent blog and other postings, Jeremy Daum wrote an excellent recent article on the actual use of guiding cases, and of course there is this blog and others, in addition to  academic articles and recent  SGCP research.

Another significant development in exploring a system of case precedent is the research base established with the approval of the Supreme People’s Court at the Beijing IP Court.  The ecosystem evolving around that research base appears to me to be more practice oriented than theoretical.  As an example of this practice-oriented approach, the IP court is looking at the role of amicus briefs to ensure the interests of non-parties are heard, or en banc rehearings to reverse prior precedent.  A small, but important step in soliciting third party opinions has already been undertaken by the Beijing IP Court in a case involving trademark agents.

Among the two contrasting recent developments  Regarding the guiding cases project, on March 9, the Supreme People’s Court released 10 IP-specific guiding cases; nine of these are civil and one is criminal. The cases span all relevant IP laws, including copyright, trademarks，patents, plant varieties and antitrust.  Here is a link to a Chinese summary of the cases, and a  machine translation of these summaries (source: IPRdaily.cn, google translate).  I assume that the SGCP will do a professional translation of these in due course.  According to the SPC press conference, IPR-related guiding cases now constitute 23% of the total number of guiding cases.

Nonetheless, recent citation data  suggest that there has been little uptake of guiding cases in actual case decisions, as Jeremy Daum’s article points out in his posting:

“Guiding Cases are almost never referenced: Over a five-year period, Stanford found a total of 181 subsequent cases, and PKU found 241. To provide a frame of reference, Chinese courts complete trial of well upwards of 10,000,000 cases per year…

50% of the guiding cases were never referred to at all…

Almost half of the references found were to a single case; GC #24. …That case concerns traffic  accidents,…”

If one compared the nationwide references to guiding cases using, as an example, the 561 opinions referencing a guiding case out of 8,723,182 cases on the China Judgments Online website for 2016 (using a simple keyword search to “guiding case”), the citation rate would be about  0.0006%.

These developments on IP related case law at the SPC might be compared to the data in the January 10, 2017 report of Beijing IP Court.  The Beijing IP court cited 279 case precedents in 168 cases since the time the precedent base was established in 2016 until October 2016.  Cases were cited 121 times by parties, and judges undertook their own effort to cite cases in 47 instances.  In total, 117 cases relied on precedent in their decisions.  Of the 168 cases, there were 51 instances where cases were not relied upon due to a difference in facts.  There was no instance where a reversal was obtained of an earlier precedent.  Of the cases cited, 31 were from the SPC, 132 from High Courts (including 117 from Beijing), and others were from local courts.  If this data was further compared to the 8,111 cases concluded by the Beijing IP Court in calendar year 2016, the citation rate was a minimum of 2.1% based on the data provided through October, which is considerably higher than the guiding cases effort.

My impressions: the data from the Beijing IP Court suggests that the bar is using cases in its briefs, and the court is looking at these cases and exploring how to handle them as part of an overall system including amicus briefs, en banc review and other mechanisms.  The SPC’s guiding cases project is a more intensely curated project that also addresses a much larger national challenge in introducing a new way of developing law to civil law educated judges and the bar.  The comparisons between the two experiments are inexact as the Beijing IP court sits in one of China’s wealthiest cities, with a well-educated bench and bar, a sophisticated IP environment and considerable foreign (including American) interaction.  It is not surprising that nationwide uptake of a precedent system using a limited number of  guiding cases for a vast judicial system is more theoretical and slower than the one taking place at the Beijing IP Court using the 100,000 plus IPR cases that are adjudicated nationwide each year. 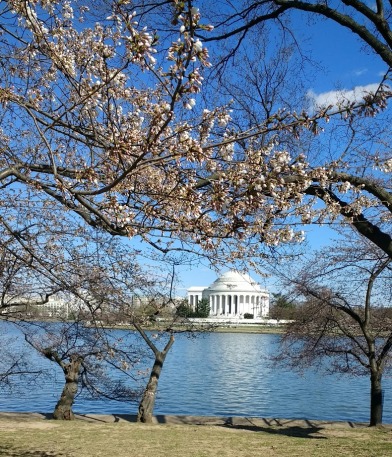