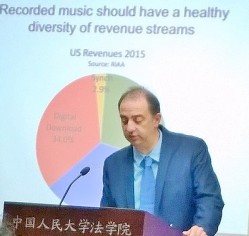 In general, the speakers agreed that China needs copyright reform for its own needs, and that this reform was not due to outside pressure. In addition, there are increasing opportunities for collaboration between the United States and China on the creation and distribution of copyrighted content, which appear to be mirroring increased collaboration in science and technology.  Ultimately, China needs improved copyright protection and enforcement in light of its own desires to increase its soft power, and support its creative industries.